Who wants to hear my recap of a sewing retreat from last May? Totally! The 2nd annual Stash Bash was amazing. Recap from the inaugural Stash Bash can be found here. Chris (aka Frecklemama) is my kind of event planner. She made the event so much fun while still being laid back and relaxing. The concept is sewing in a beautiful location... 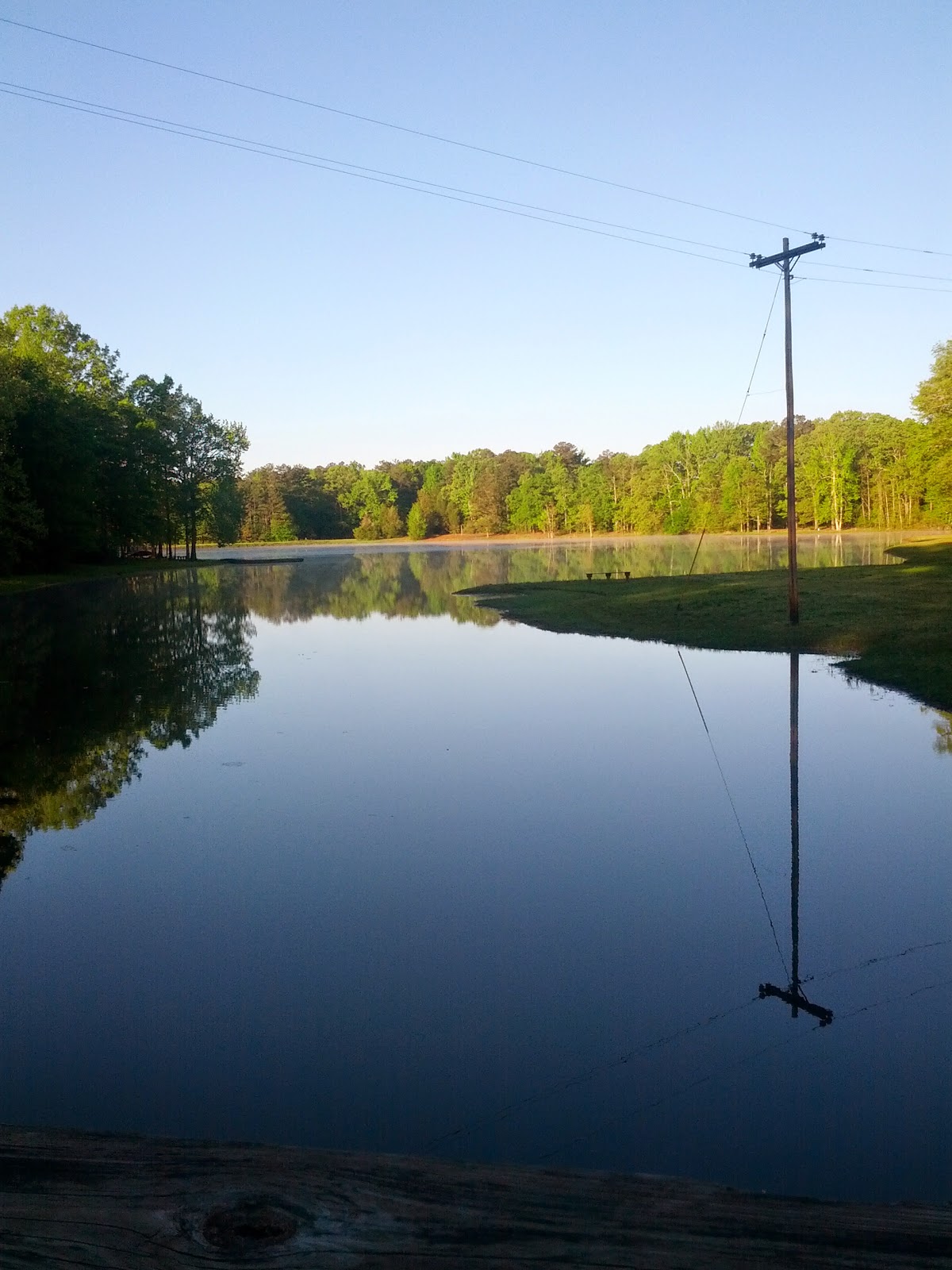 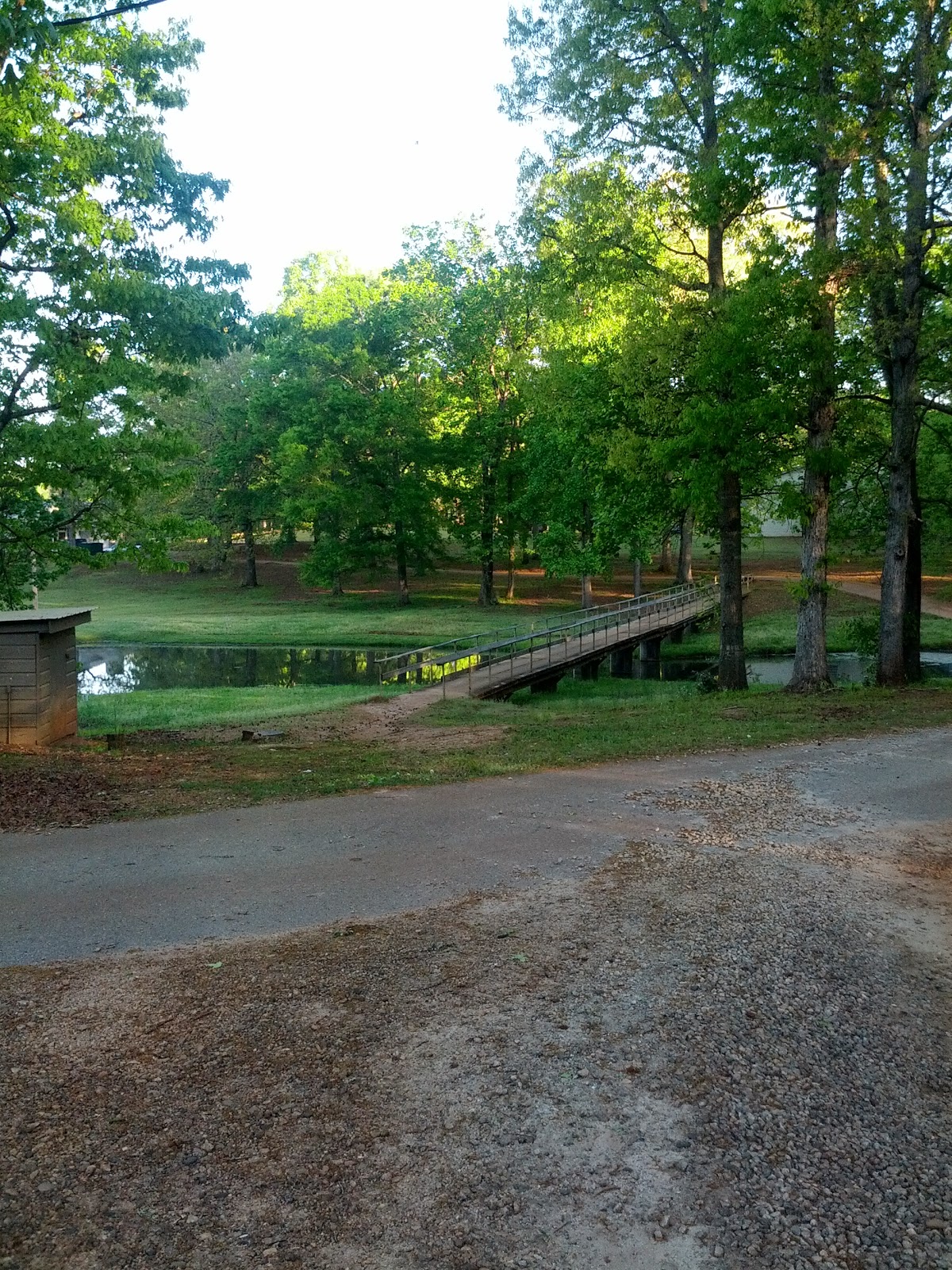 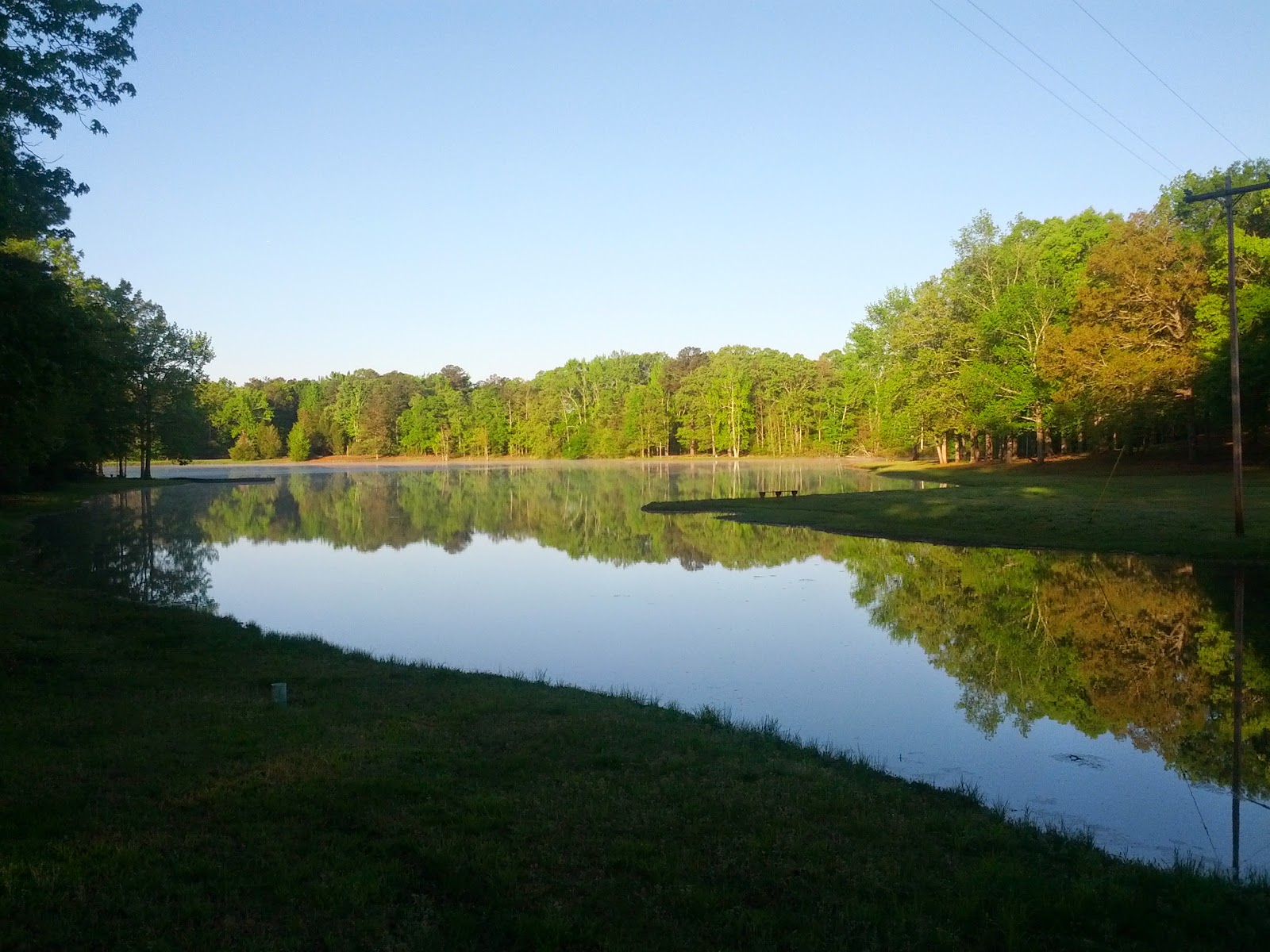 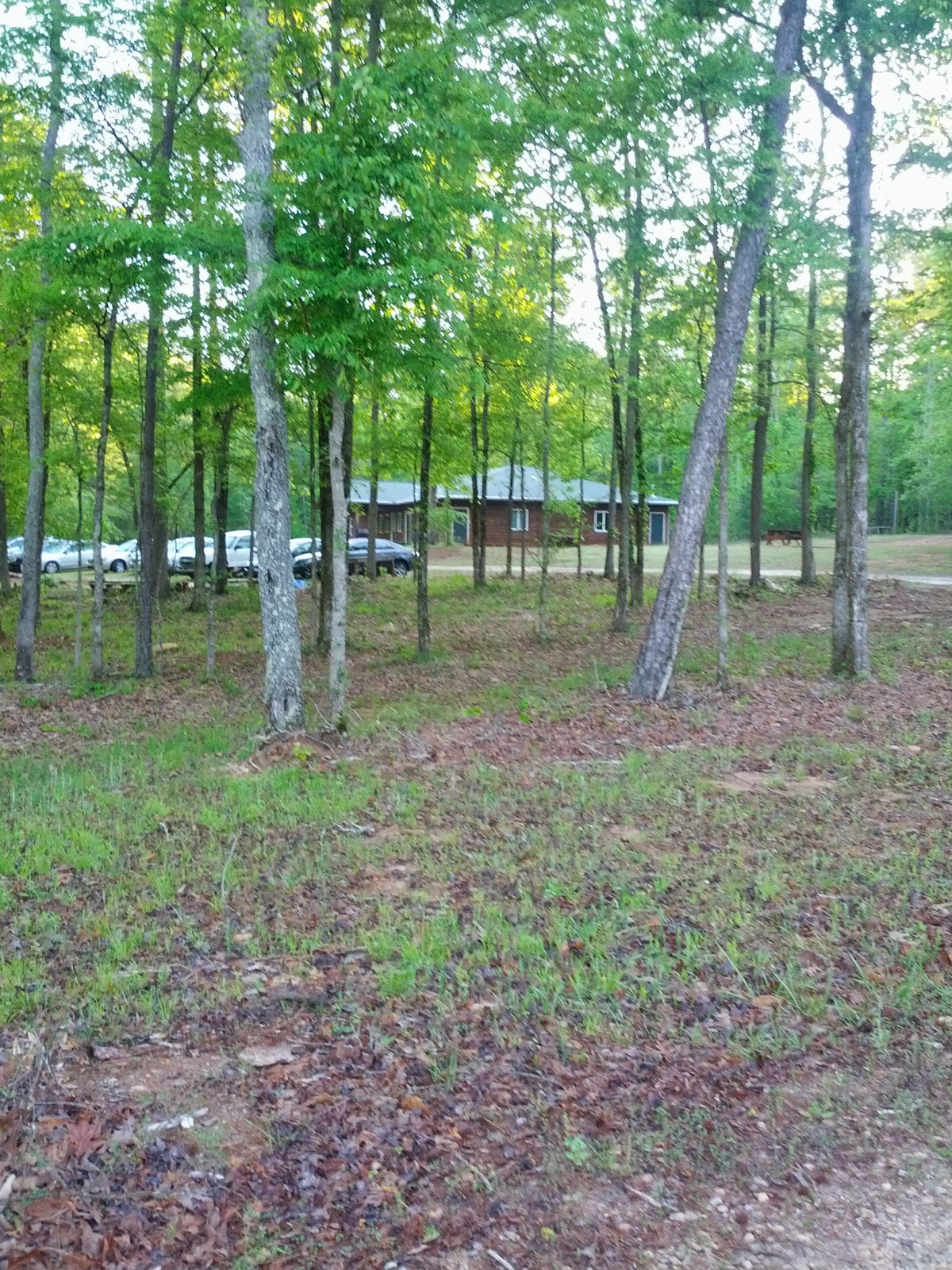 ...in a huge room overlooking the lake. And you are with about 50 like-minded people who want nothing but to chat, sew and eat sweets. There were occasional breaks for meals (in between eating sweets) and a fabric shopping trip to the Scarlet Thread was optional. I didn't go to the fabric store this year because I wanted to sew, sew, sew the whole time. 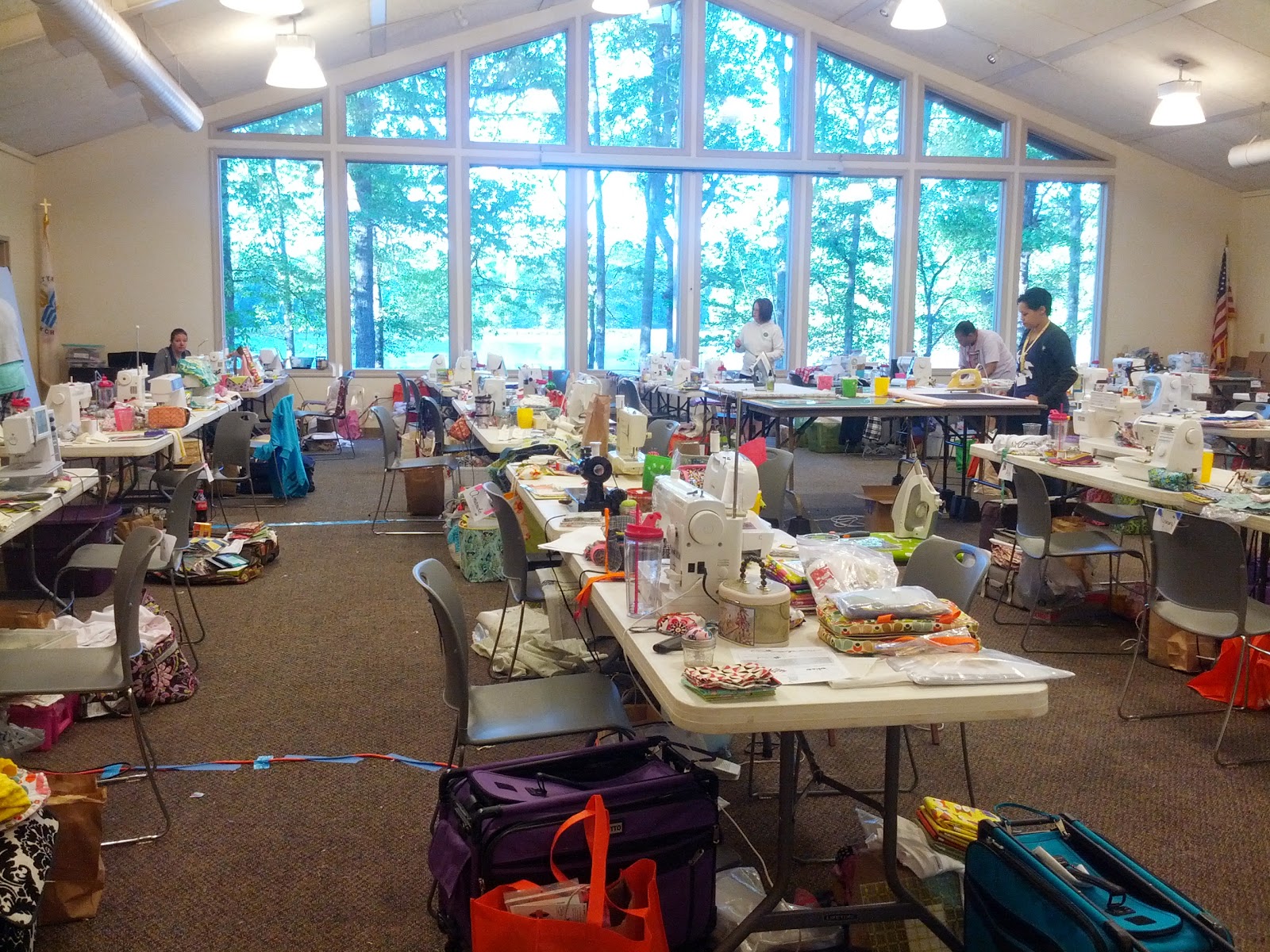 The dining room is right next to the sewing room so there is pretty much no travel time needed to eat and then get back to sewing ASAP. Bonus - you could hold a mock UN meeting here. 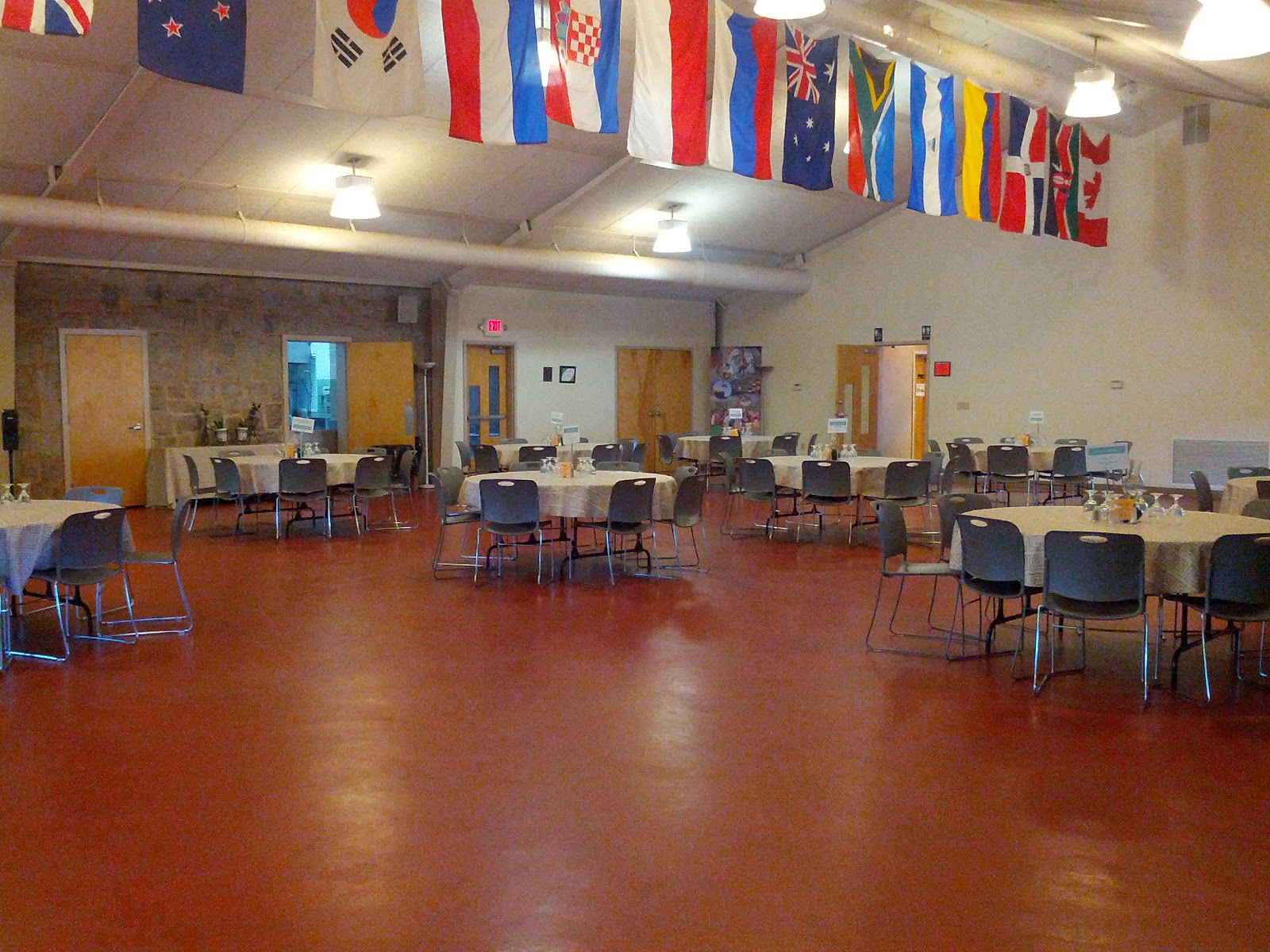 There was a large seating arrangement at the far end of the dining area. This was the perfect spot to take a break or do some hand stitching. 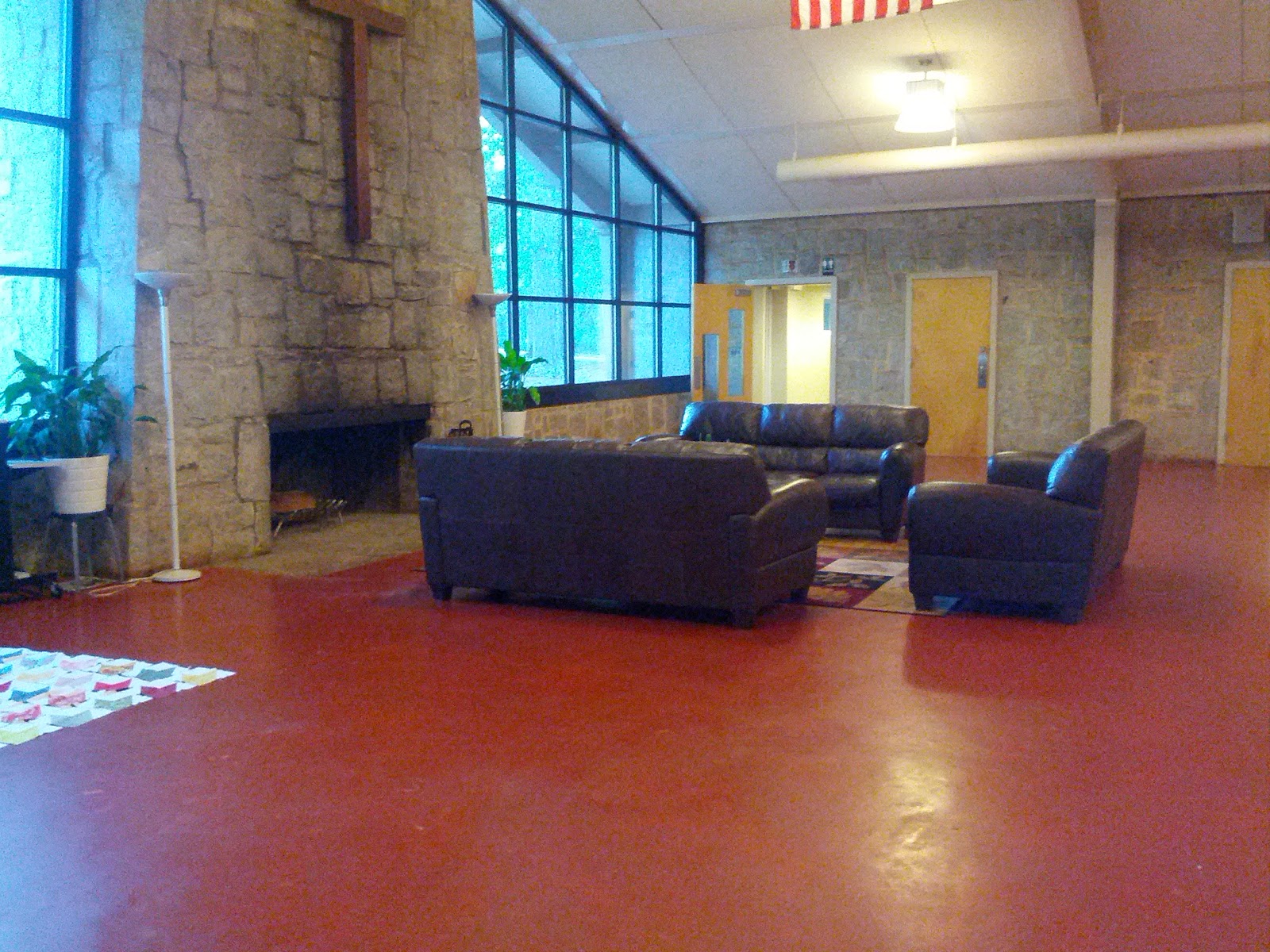 There was also ample floor space for laying out monster quilts like my string-a-hex quilt. 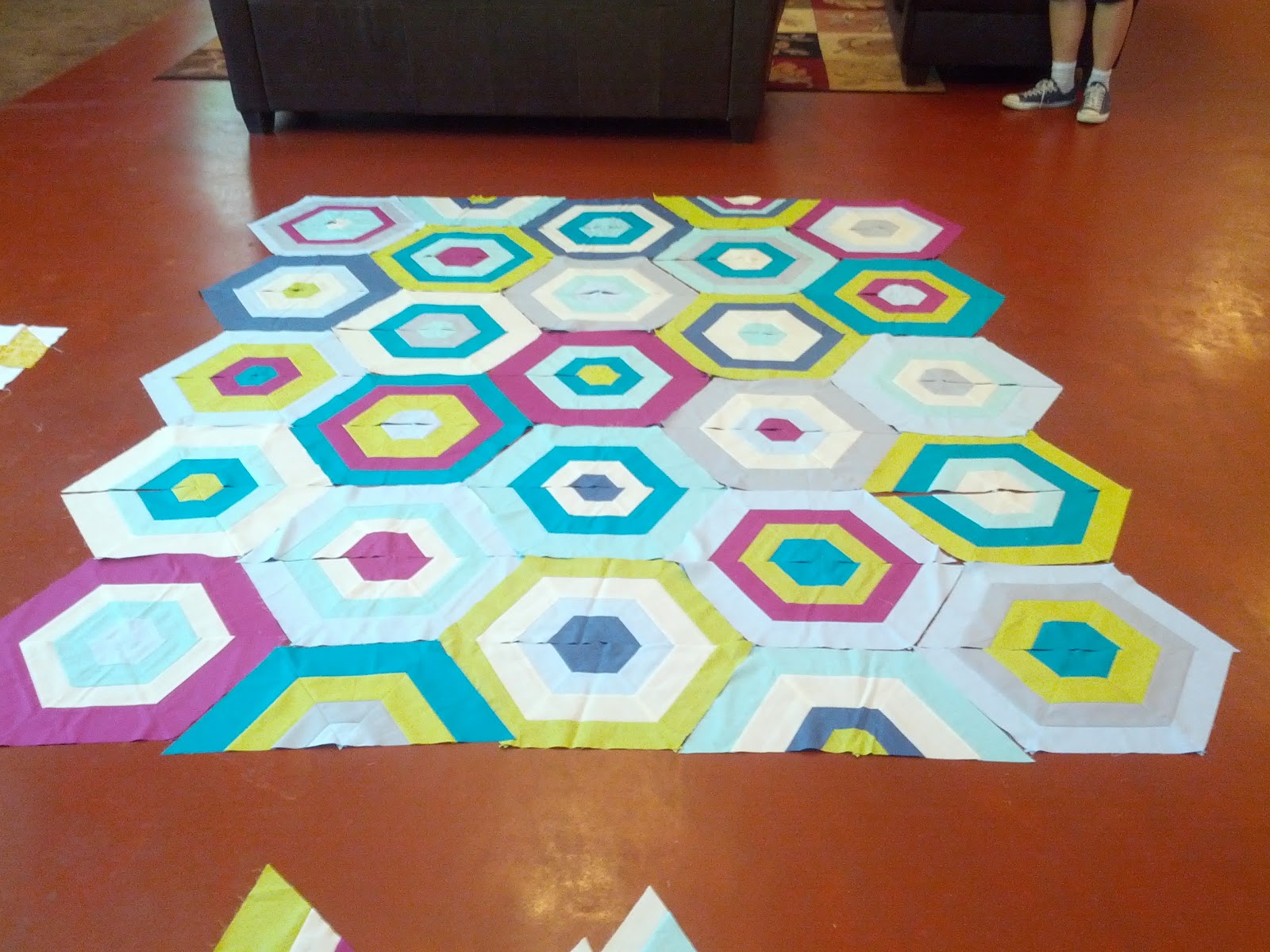 Like last year, I camped out in the back corner with Katie (Katie's Korner) and Elizabeth (Don't Call Me Betsy). We were missing Kim (who had to go and move to California which was tragic) but still managed to have loads of fun and get lots done. I pieced the top of my string-a-hex quilt (above pic), finished two totes (only took a pic of one), caught up on my bee blocks, and started cutting out a courthouse steps quilt. Not bad for a weekend! 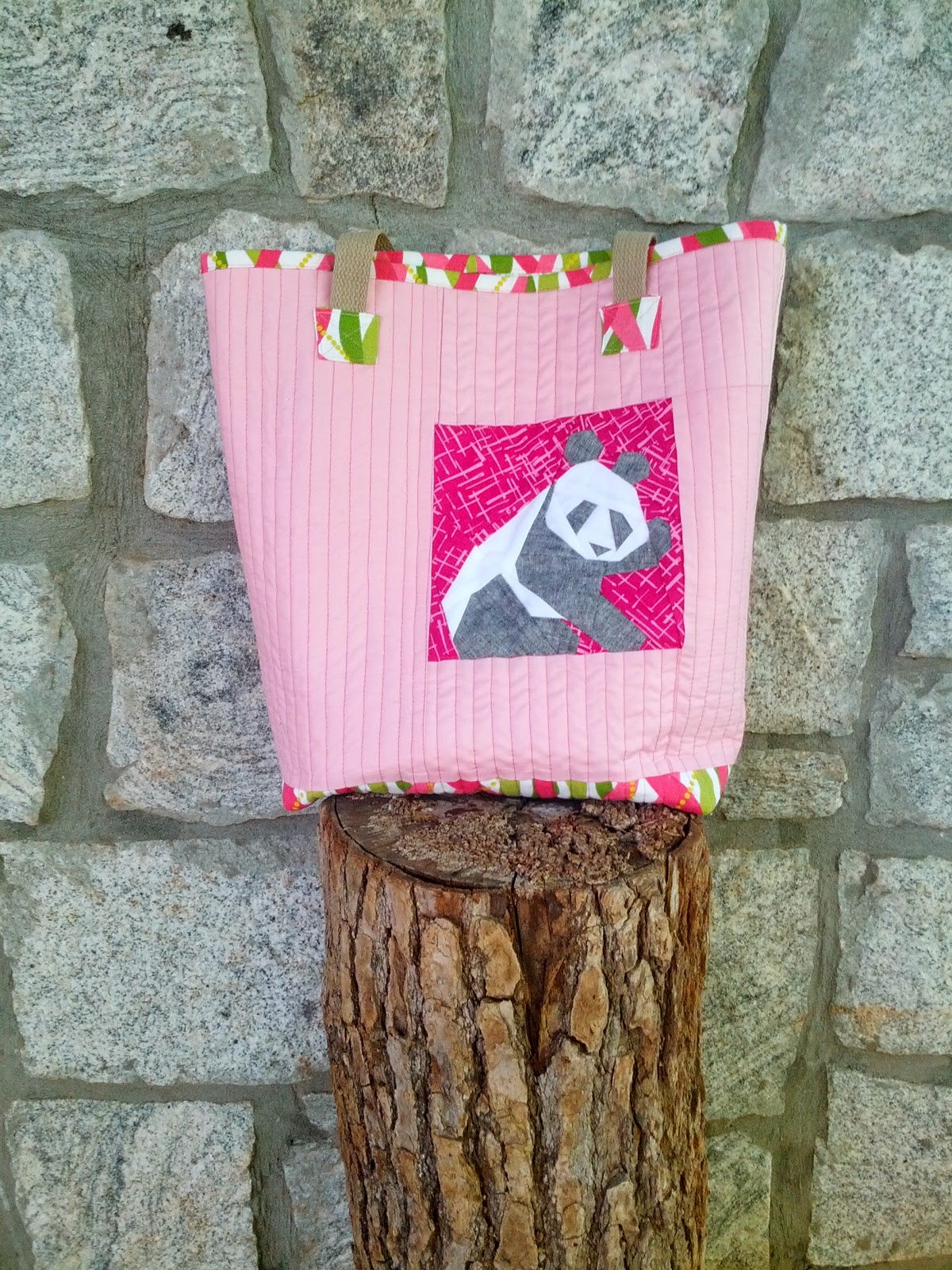 Commissioned bag for a family friend. 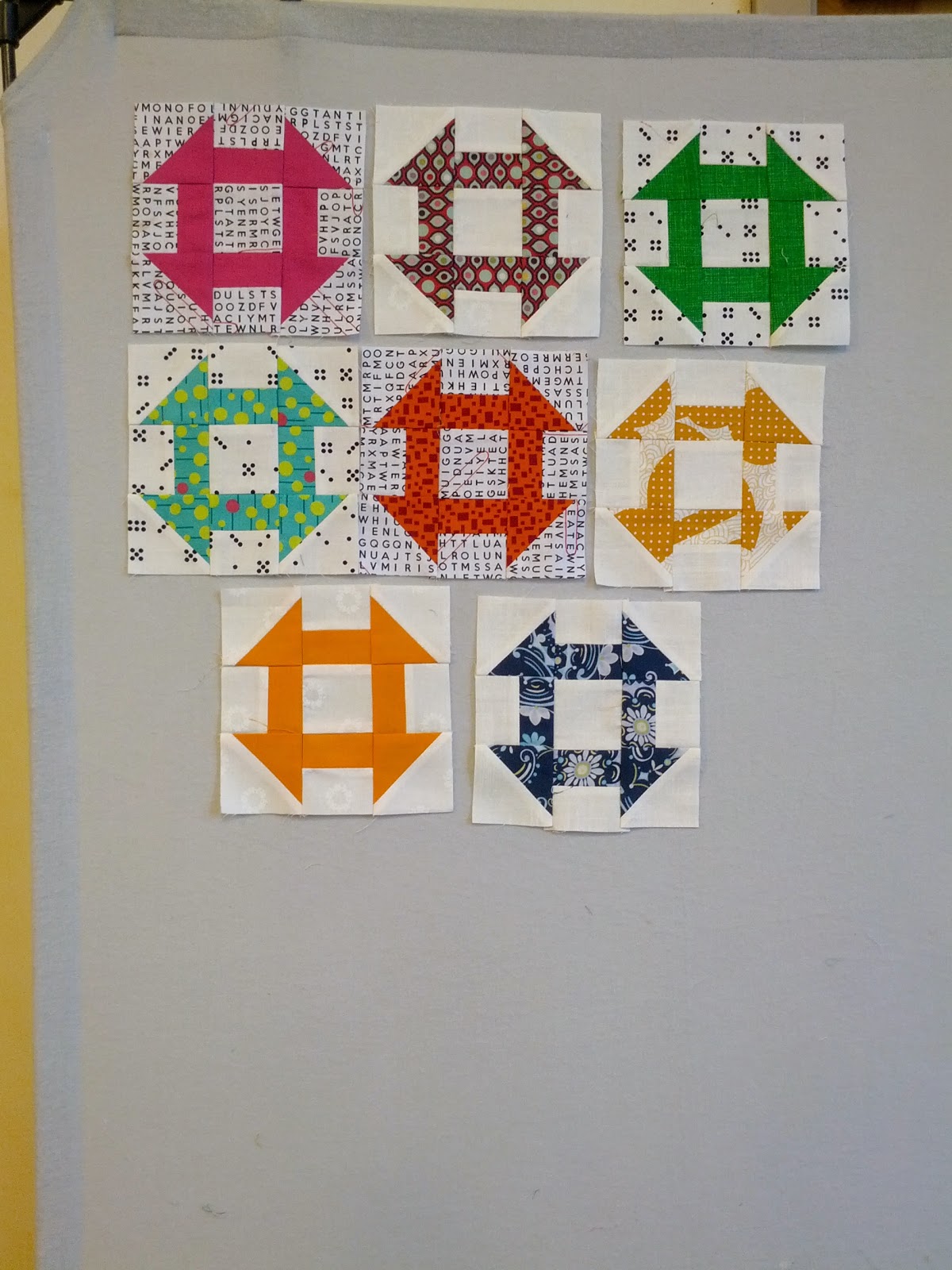 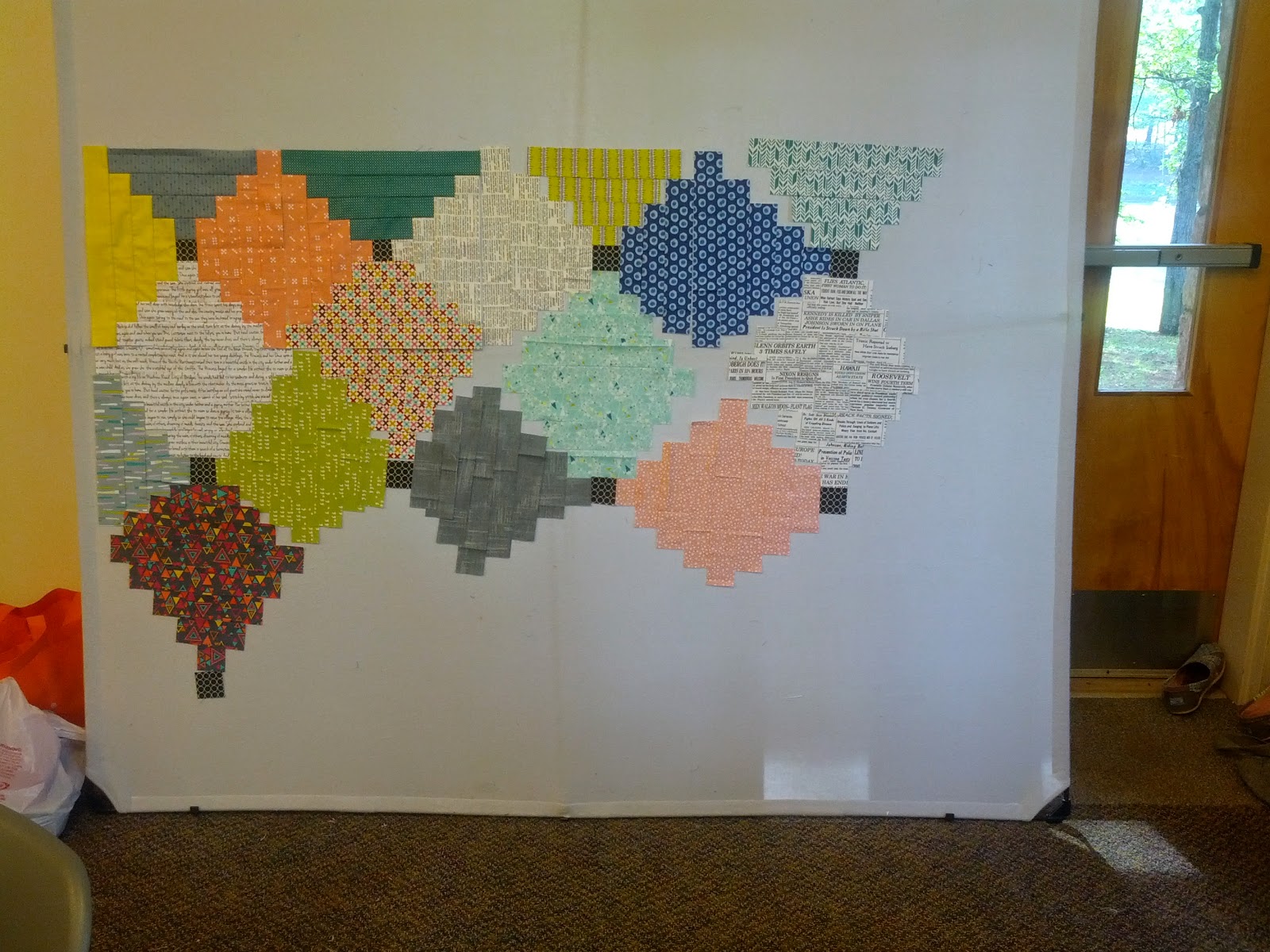 The swag haul from this year was seriously amped up from last year. But sadly I didn't take a picture of my goodies all together. But we got lots of fabric from Moda, Stash Fabric and elsewhere, an Olfa splash rotary cutter, an Omnigold square ruler, an official The Stash Bash screen printed tee and a lot more things that I don't remember seeing as I am writing this post months later. Everyone won prizes (I think at least twice) lottery style. I got some soak nail polish which lasts forever when you paint your nails. I also got another T-shirt with a sewing machine on it and it says "power tool" underneath. It is neon green and awesome. 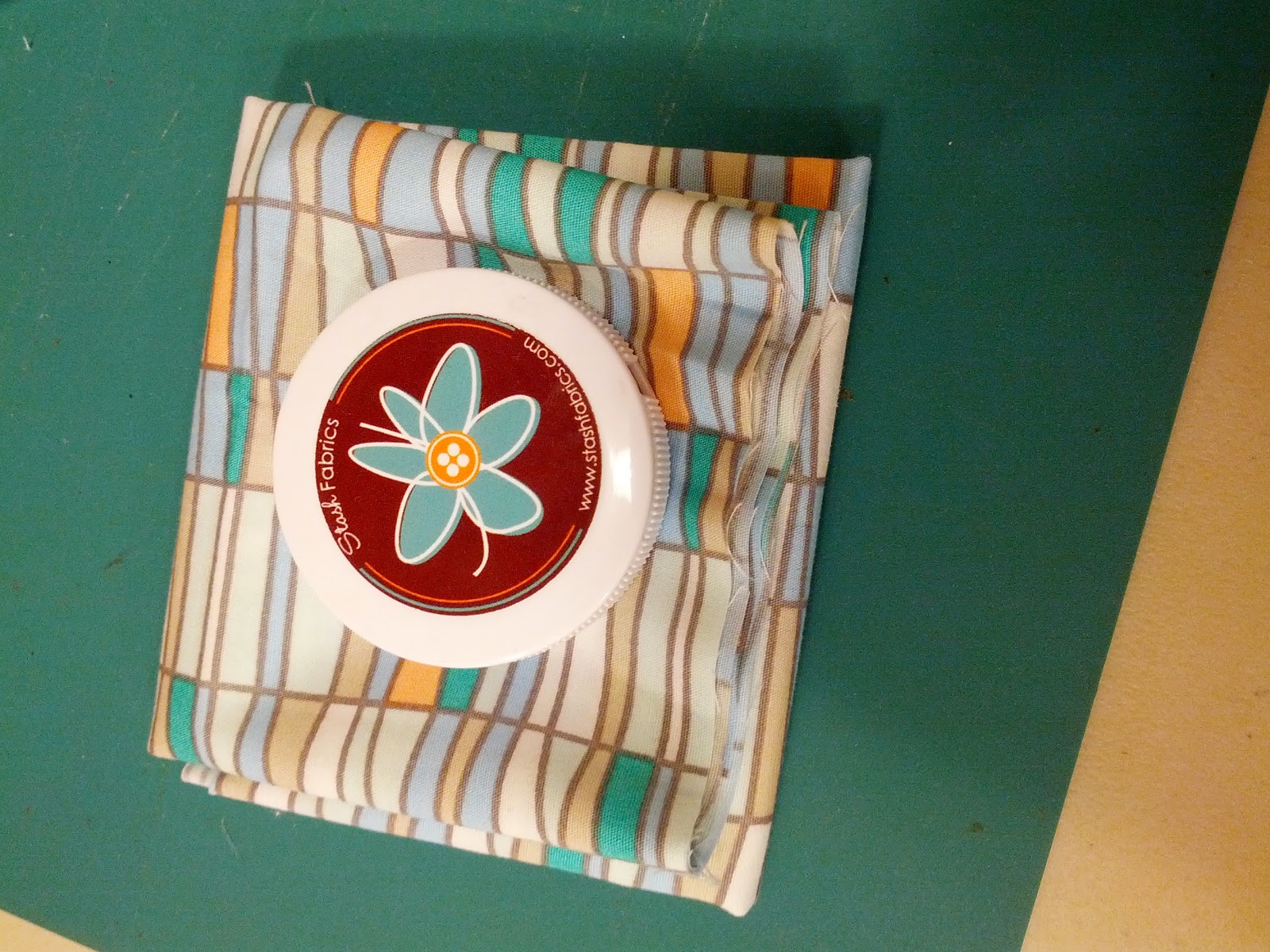 More goodies were received via the Secret Agent Swap. I remember it being called the Secret Ninja Swap but apparently I was wrong. Anywho...I got all of these lovelies and more from my secret agent during the course of the weekend: 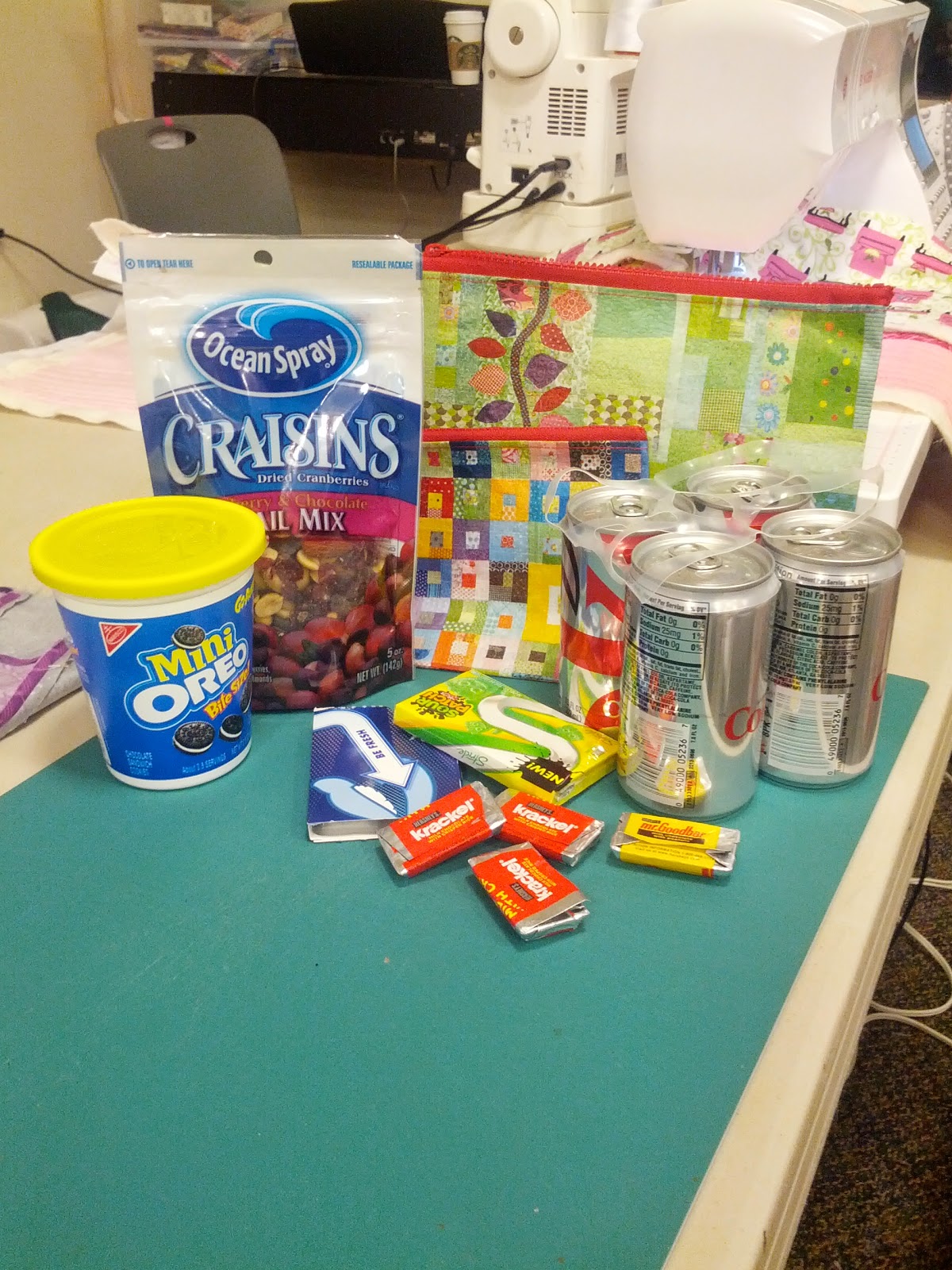 99.9% sure I am not making it to The Stash Bash in 2015 which makes me very sad, but I will have 4-5 month old triplets and apparently they won't be independent functional members of society yet. Plus, since I moved to St. Louis it is not a quick 3 hour drive to the retreat like it was in years past. As much as I may want a weekend away to relax, sew and catch up with old and new friends it is just not going to happen. Maybe 2016??
Posted by Marla at 10:19 AM